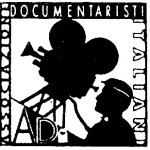 The purpose of ADI is to promote the documentary cinema, to nurture its growth and to work towards its widest possible diffusion. In order to fulfil this mission, ADI operates on many different fronts:
–  Coordinating and encouraging the work of firms and filmmaker in the field;
–  Participating in and contributing to festivals, exhibitions and markets;
–  Improving institutional awareness;
–  Promoting projects, research, cataloging, archives and the collection of projects;
– Organizing workshops, seminars and courses in order to spread the culture of the documentary.

The Istituto Luce is the oldest public institution devoted to film distribution for educational and informational world. The Institute also participates in the production and distribution of films and documentaries intended for cinemas. It is based in Rome. Since 2009 also manages the archive of Filmservice.

The company goal is to create a valuable contribution to humanity by raising the level of awareness through excellence in media production. Its productions are driven by a powerful desire to “make a difference” and to have some impact on the quality of lives of others.
This unique approach sets a new standard for the future of documentary filmmaking. That is the ultimate mission of all of Jacobs Outdoor Enterprises productions. 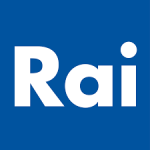 Italy’s national public broadcasting company, owned by the Ministry of Economy and Finance. RAI operates a large number of television channels and radio stations, broadcasting via digital terrestrial transmission (15 television and 7 radio channels nationwide) and from several satellite and IPTV platforms. It is the biggest country broadcaster

The ZDF was founded in 1963 and is the second public television channel in Germany. It has 3,600 permanent employees. Its head office is in Mainz (Mainz).

Rtve is the state-owned public corporation that assumed the indirect management of the Spanish public radio and television service formerly called Ente Público Radiotelevisión Española (RTVE Public Body) in 2007. RTVE is the largest audiovisual group in Spain broadcasting in the Spanish language. Since January 2010 it is financed exclusively by public subsidies.

Neritan SA (New Greek Radio, Internet & Television)  is the official public broadcaster in Greece.  As a public broadcaster, serving the objective information and promote the functioning of democratic institutions and civil society. Presents equally all political views under the rules of democratic pluralism, offers unrestricted quality entertainment and education to all Greek citizens, while an important step promoting Greece in the world. 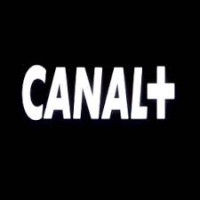 Canal + is a French television channel fee launched in 1984. It is owned by the Canal + Group, which is owned in turn by Vivendi. The channel broadcasts programs of various kinds, most are encrypted, but some programs are broadcast in the clear for 6 hours. Some programs are offered in HD.

University of Perugia is a public-owned university based in Perugia, Italy. It was founded in 1308, as attested by the Bull issued by Pope Clement V certifying the birth of the Studium Generale.

The Sapienza University of Rome, officially Sapienza – Università di Roma, also called simply Sapienza formerly known as Università degli studi di Roma “La Sapienza”, is a coeducational, autonomous state university in Rome, Italy. It is the largest European university by enrollments (the third if considering also the distance learning schools) and the oldest of Rome’s four state universities, founded in 1303. Being the biggest Italian University, Sapienza is member of several national and international groups, as: European Spatial Development Planning, Partnership of a European Group of Aeronautics and Space Universities, CINECA, Santander Network, Institutional Network of the Universities from the Capitals of Europe, Mediterranean Universities Union. 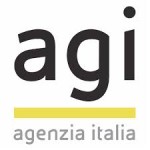 Agenzia Giornalistica Italia (AGI – Italian Journalist Agency) is an Italian news agency. It is one of the main news agencies in the country. It was founded in 1950.